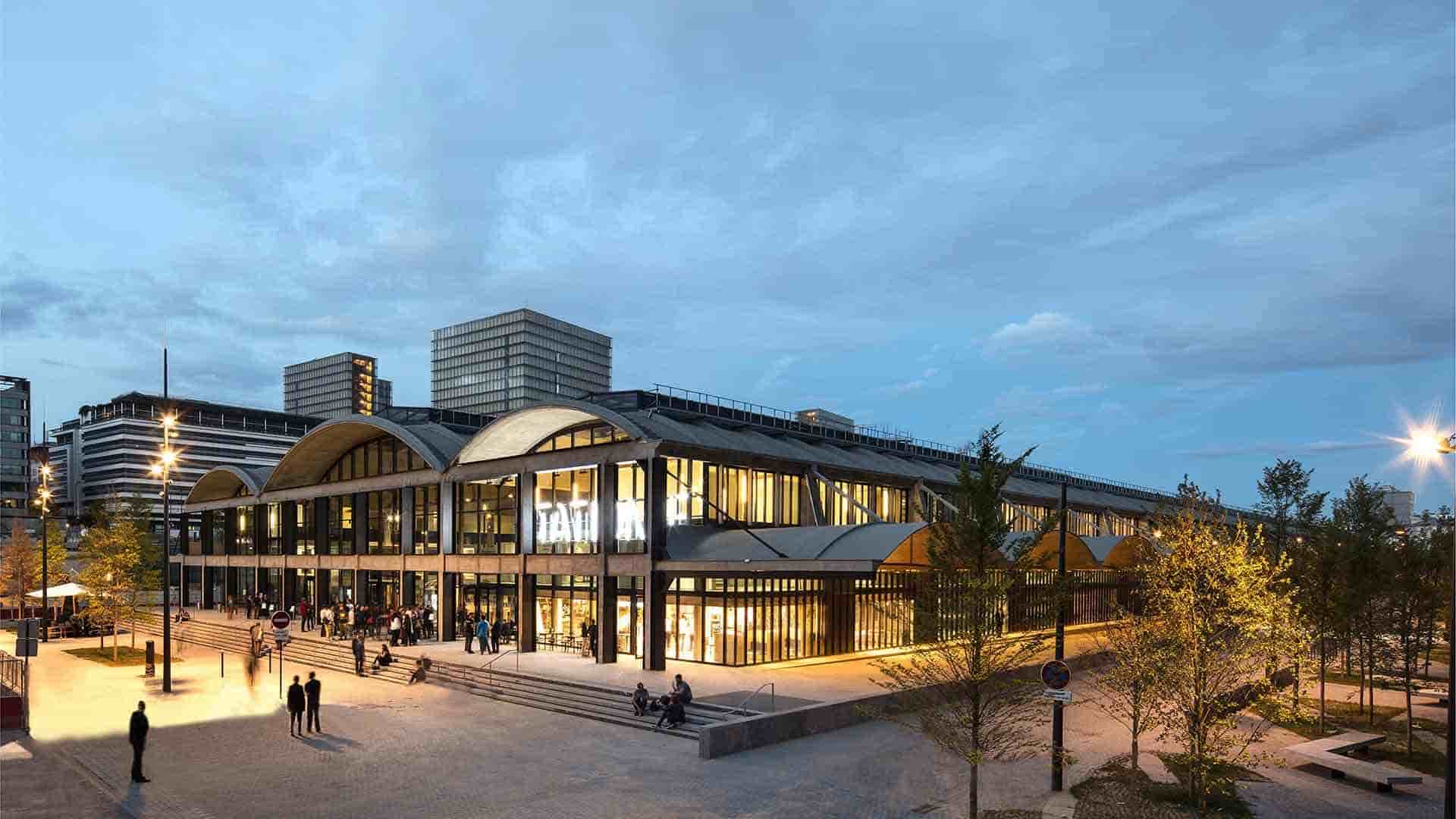 It is also a global tech player in areas as diverse as artificial intelligence (AI), cybersecurity, cloud, deep tech and quantum computing... This success is due to an increase in innovation-focused public policies, events and a broader ecosystem that facilitates the growth of startups. Which in turn are translating into record fundraising in 2021 in many emerging sectors and the rise of unicorns, 24 to be exact, that are increasingly poised for successful global expansion.

Today, Paris Region is home to 12,000 start-ups. To help them thrive, the Region has put in place a multitude of incentives and business support programs, making it an attractive location for international entrepreneurs and tech startups. In fact, The Global Startup Ecosystem Report 2022 made Paris the highest ranked city in the EU startup ecosystem.

Moreover, Paris Region has strengthened and simplified in recent years regional aid for innovation, including the creation of the "Innov'up" aid, in partnership with Bpifrance, intended to support all companies and associations with an economic activity, carrying an innovation project. Also, the Region has invested heavily in recent years more specifically in the field of AI, with the establishment of the regional plan AI Paris Region and the AI pack, a program designed to support a hundred companies per year in their approach to artificial intelligence. These flagship measures are designed to make Paris Region the artificial intelligence capital of Europe.

To ensure that it supports innovation, Paris Region has invested significantly in R&D, more than any other Region in Europe. This translates into high-tech clusters and top-notch research centers, which generate interesting opportunities for cross-sector collaborations. Mainly conducted by private companies, R&D in Paris Region accounts for two-thirds of total French spending and more than 85% of design-research jobs.

And this is reflected in the world ranking of Paris Region universities, with Paris-Saclay ranked first and Sorbonne University third in the world for mathematics in the very recent Shanghai 2022 academic ranking of world universities, confirming the excellence of its research in this field. Also in the animation sector, the Gobelins school of image is at the top of the list of the best international animation schools on the Animation Career Review website: ranked 1st in the world, 1st in Europe, 1st in France. Business programs in Paris Region are also well recognized with the Financial Times Top 10 which includes four French business schools: HEC Paris, INSEAD, ESSEC, and ESCP.

Paris Region is also the setting for a large ecosystem to support startups and help them grow, with numerous incubators and accelerators in a variety of sectors. And because we realize that choosing the right incubator or accelerator in Paris Region for your startup can be time-consuming, we compiled a selection of the best programs that welcome international companies in our Accelerate guide.

And when we talk about startups, we must mention Station F, which opened in the summer of 2017 and is designated as the world’s largest startup campus. With a unique campus and community of over 1,000 start-ups, 30 support programs and numerous services in the heart of Paris. It occupies a building with an area of 34,000 sqm.

There are also many events that bring together in Paris Region the most promising startups and tech giants. For example, Viva Technology, which had its 7th edition last June, is the global meeting place for startups and executives to celebrate innovation. It brings together the world's brightest minds, talents, tech founders and products every year. The last edition welcomed over 91,000 visitors in 2022.

2021, a record year for tech startups

The attractiveness of France, as a startup nation, and Paris Region was also demonstrated by the historic results in terms of fundraising in 2021. Indeed, 2021 is the year of "acceleration" for French Tech, with record numbers. According to the EY French Venture Capital Survey, French companies raised a record €11.6 billion (+115% compared to 2020) on 784 deals (+26%) in venture capital and growth capital in 2021. Today, according to Dealroom data, U.S. investors have significantly increased their support for French startups in the last year. Indeed, half of all funding above €15 million in France now includes a U.S. fund.

And in terms of fundraising, Paris Region remains the leader, with 81% of total investments in France. The analysis of fundraising also showed the emergence of five leading sectors in the French tech ecosystem:

If startups decide to settle in Paris Region, it is mainly for the prospect of being able to emerge internationally in terms of talent but also in terms of meeting potential new investors. "Paris is in the top 10 most attractive cities in the ecosystem" stated Franck Sebag, partner at EY.

And according to Michel Kurek, Head of the French subsidiary of Multiverse Computing, Paris-Saclay is particularly interesting for international companies when it comes to research and innovation “Paris-Saclay is at the heart of the French Quantum Plan because of its many laboratories, “Grandes Ecoles”, start-ups, and public and private R&D centers". As a reminder, almost 31% of France’s GDP is produced in Paris Region alone, certainly a key factor for the business development.

Today, France produces unicorns at one of the highest rates in Europe. The momentum observed in 2021 is expected to continue in 2022 with French tech startups booming. Specifically, in France, the number of startups and unicorns worth more than €1 billion has tripled over the past three years. Thanks, in particular to the "France 2030" agenda, which aimed to invest 30 billion euros to create "high-tech champions of the future" in emerging sectors such as electric vehicles, renewable energies or robotics. As well as the new "French Tech Visa", which allows non-European start-up founders to reside in France.

How many unicorns are in France?

The list of the actual 24 unicorns in France ranked by valuation in billions of dollars (July 2022):

This number shows the result of the successful growth of French start-ups in a flourishing ecosystem.

If you want to keep up with brand new business opportunities in the Region, don’t miss out and subscribe to our newsletters here.

Our range of guides can help you through every stage of your business journey. Find the right one for you here.

Head of Client Solutions
Expert
Back to News