Tarmac Technologies is a French/American company that optimizes aircraft ground operations by bringing airports, airlines, and handlers together on their platform. After opening two offices in San Francisco and Boston, expanding to Paris Region was an easy choice, given that the region is #1 in Aeronautics in France. The supportive start-up ecosystem, the multiple R&D facilities and the diverse talent pool only added to their conviction to choose Paris Region. We had the opportunity to talk to Anthoine Dusselier, co-founder of Tarmac Technologies, to find out more.

“Our company was created in the US. We created a mobile app to optimize turnaround operations, which is the time between an aircraft landing and taking off.” said Anthoine about his company. “Our app basically ensures that an aircraft is ready to be back in the air in the most efficient way possible by providing real-time visibility of the operations to all stakeholders. We work with airports, airlines as well as other stakeholders such as the handlers – cleaners, companies that transport food to the flight, etc. – who are crucial in ensuring that airlines can get back in the air safely and on time.”

With the aircraft ground handling system market set to reach $190 billion by 2025, there is bound to be competition. But what gives Tarmac Technologies a competitive edge is that they took an ecosystem point of view which optimizes the operations of all those involved – airports, airlines and handlers, which is a huge competitive advantage. Most existing platforms only consider the perspective of one stakeholder. “We considered the perspectives of the end-users, the agents on the tarmac, to create a user-friendly app to ensure that they like using it. Other platforms are quite outdated in this sense.” said Anthoine. Indeed, the aircraft ground system market is in the beginning phases of innovation. With the market expanding, we could expect to see blockchain and IoT technologies becoming more prominent in the field, with an increased emphasis on data analysis.

The reasons why Tarmac Technologies expanded to Paris Region

With these possible innovations in mind, we asked Anthoine why he chose Paris Region as his company base in Europe. “That’s a great question,” he remarked, “France is strong in the aeronautics field, so we knew we wanted to set up here. We had to choose between Bordeaux, Toulouse and Paris. We settled on Paris as it still is the heart of France financially. This is where most industry players are. The money is here, and thereby, investment firms are here too.”

A cost-effective choice for global connections and top-tier talent

According to Anthoine, great international connectivity is also why they chose Paris Region. Tarmac Technologies works with companies in the Pacific Region, North America and Europe, and their teams need to be able to travel easily and quickly to these regions. Besides, Paris Region has great incentives for start-ups and innovative companies to help them grow in the beginning stages. Anthoine also believes that it is less expensive to set up product teams here compared to San Francisco, while the talent pool is equally good, especially on the product side. Home to a large well-educated, international workforce, Paris Region has world-class engineers and researchers from top engineering schools, internationally recognized for their technical and scientific skills. It is ranked 1 in Europe for the number of research professionals, which is over 100,000 in number. Further, with 3 of the top 5 best-ranked management master’s programs globally, companies will find a deep pool of talented staff to aid their growth.

Finding the right talent is one side of the story, while actually implementing the process of setting up a company is another, and it can be intimidating, especially when expanding abroad. Anthoine knew Choose Paris region from his time in San Francisco, where it’s an active actor on the French startup ecosystem scene. “They helped me navigate and figure out the best decisions to make when I chose to go to Paris, starting from the paperwork to actually helping the company move forward.” explained Anthoine. “Choose Paris Region helps you even before you arrive, which really helped reduce the stress of starting a company in another country. It eases the process. Then they helped me know the ecosystem better, made some introductions in the aerospace industry to meet with potential clients, partners and investors. On the whole, the most important thing that Choose Paris Region helped me with is speed – they speed up all the procedures before you even arrive and help move things forward quickly once you arrive. Of course, once you are here, there are structures like Station F and Bpifrance that offer an ecosystem that supports start-ups.” With an extensive network of 400+ incubators, fab labs and co-working spaces, Paris Region allows arriving international companies to hit the ground running and benefit from a collaborative environment. These local ecosystems are the epicenter of innovative start-ups, making Paris Region an innovation hub.

Paris Region: the next Silicon Valley?

“It definitely is,” noted Anthoine. “The work done by the region to open up innovation possibilities, to have systems and incentives in place to create companies is driving Paris in the right direction. We are becoming attractive even to Silicon Valley, which is more expensive for teams.” He added, “France is becoming a very good place for American companies to commercialize their products in Europe. Paris Region has everything it needs to become Silicon Valley 2. It has great R&D, great labs, theoretical science, talents from French engineering & coding schools. Financially, there is state support as well as a higher number of financing firms in the past few years, which did not exist before. This shows that Paris Region is heading the right way, and it is, and will continue to be, an innovation hub in Europe and in the world.”

Finding the silver lining during a pandemic

The best innovations happen in times of need. The ability to innovate in during a crisis is equally, if not more, important as the ability to innovate when the market is secure. When asked about how Covid-19 impacted Tarmac Technologies, Anthoine remarked that it led them to adapt their service. “There was a big dive in flight operations, which meant a decrease in the market for us. We had to re-think our product to suit the post-crisis specificities. We also ventured into new markets that were strengthened by the crisis, such as cargo-only flights. The crisis has also forced our clients to review their ground operations and modernize it, which is positive for us. We are optimistic that the demand will bounce back and we’ll be ready when it does!”

As for advice for companies planning to expand to Paris Region, Anthoine believes it is crucial to dive right in. “Paris Region is great – there is a momentum for innovation that will energize your teams, you have everything you need to expand – talent, investments and supportive ecosystems. But don’t go in half-heartedly – the decision needs to be well thought out.” he added. “Paris Region is fast – things go quickly here. It is eclectic like San Francisco – there are lots of nationalities and people from all around the world.” All in all, if Anthoine were to describe Paris Region in three words, here is what he would say: Fast, eclectic and full of opportunities! 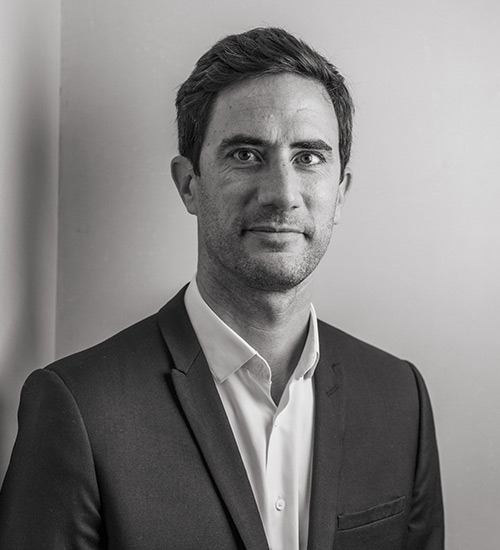