Companies interested in a European foothold to access the Continent’s common market and more than 500 million consumers are all looking for the same thing: a concentration of top talent, ease of doing business, ample office space, modern infrastructure, quality of life and — of course — affordability.

Businesses large and small would do well to consider the Paris Region because of the remarkable value it offers. In addition to being Europe’s top region in terms of GDP, R&D and innovation, the area also offers an affordable business climate and quality of life compared to other global cities.

Take commercial real estate for example. The occupancy costs per workstation in the Paris Region are half of what they are in London, and much less than in Tokyo, New York, San Francisco, or Geneva, according to a 2017 study from Cushman & Wakefield. 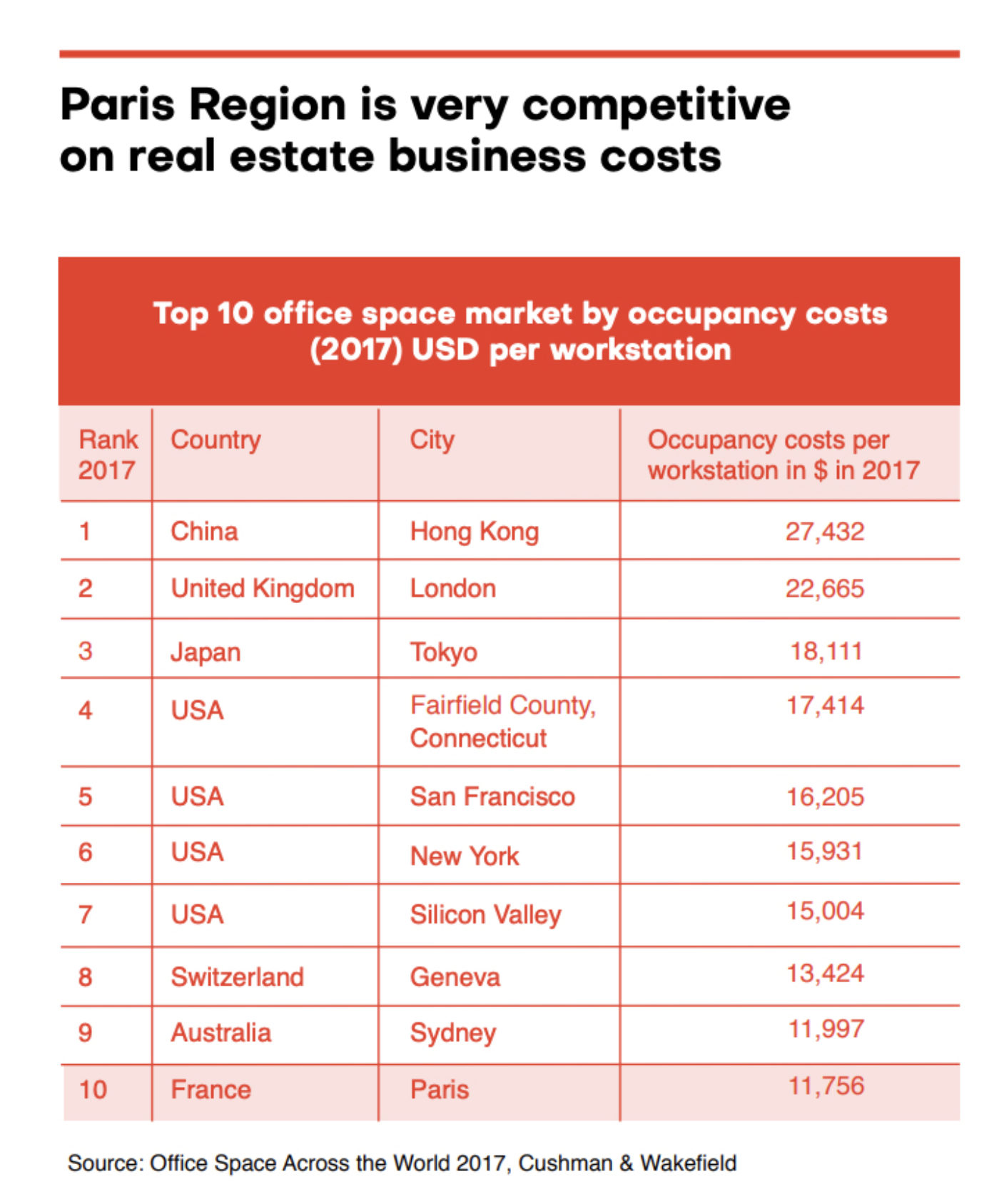 And in terms of the general cost of living, the consulting firm Mercer’s Cost of Living Survey found that Paris was ranked 34th in the world, far more affordable than San Francisco (5th), New York (6th), London (9th) and Hong Kong (12th).

Another hot topic of discussion is the price of residential real estate, especially for expats in Europe. While London is ranked the most expensive city for foreigners, Paris is 6th. Plus, one needn’t sacrifice access to other cities thanks to the Region’s highly developed rail and airport connections to the UK, the Continent and the rest of the world (we’re still working on outer space…).

Speaking of getting around, the Paris Region’s metro and commuter rail system is considered one of the most developed and reliable in the world. And it’s also relatively affordable: 54% less than London (“Monthly Travelcards” in London cost between 134 and 351 pounds, compared to 75 euros for the all-zone pass in the Paris Region). 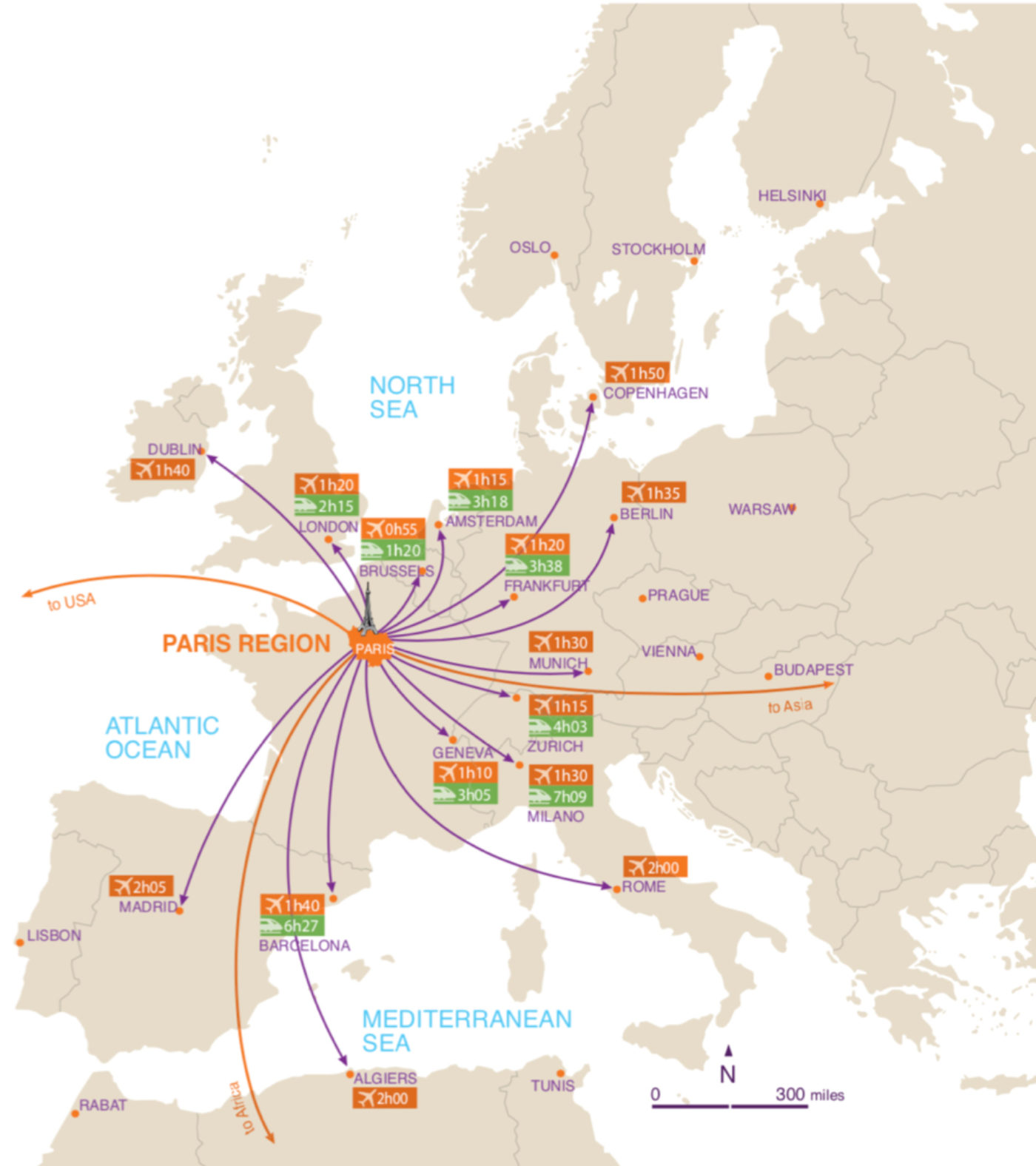 All of Europe is only a quick train ride or flight away from the Paris Region.

Another major area people consider when comparing the cost of living is health. A 15-minute consultation is 56% less expensive in Paris than in London. And for education? It’s free and high-quality in France, while the average British family pays more than 17,000 pounds per year for higher education according to The Guardian.

In summary, a typical Parisian with a salary comparable to his or her Londoner counterpart has a much higher purchasing power. It’s therefore unsurprising to learn that many have made the decision to move to the Paris Region, especially with the looming uncertainty of Brexit.